In all freely traded markets price action consists of two or three thrusts upward or downward before the market takes a breather or reverses. This was the observation noted by WD Gann.

Let's take a look at a few examples and find out more. 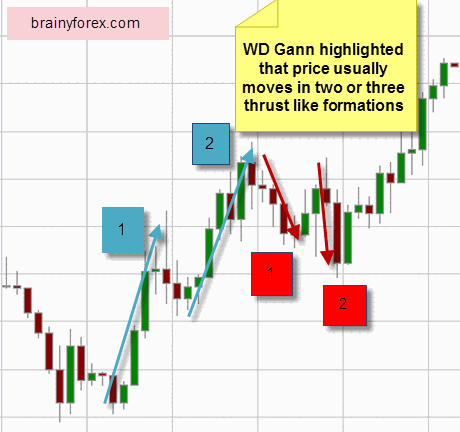 On the above chart with is the EUR/USD we see typical price move of two upward thrusts of price. This is shown by the blue arrows.


After the two stage move we notice a reversal with consists of a TWO thrust move toward the downside. This is a pullback shown by the red arrows.


After the pullback we see a THIRD bullish thrust to the upside. 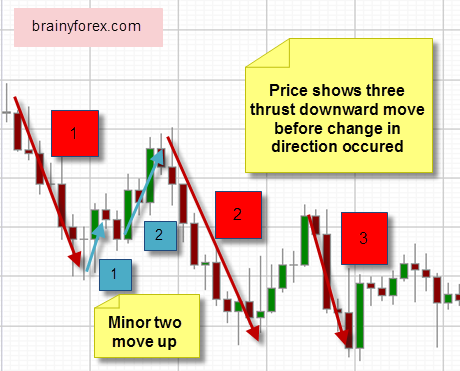 On the above chart of the Euro we see price action consisting of three clear thrusts to the downside. (Red arrows). Notice after the first thrust that a smaller two wave thrust (Blue arrows) occurs which is a minor retracement. 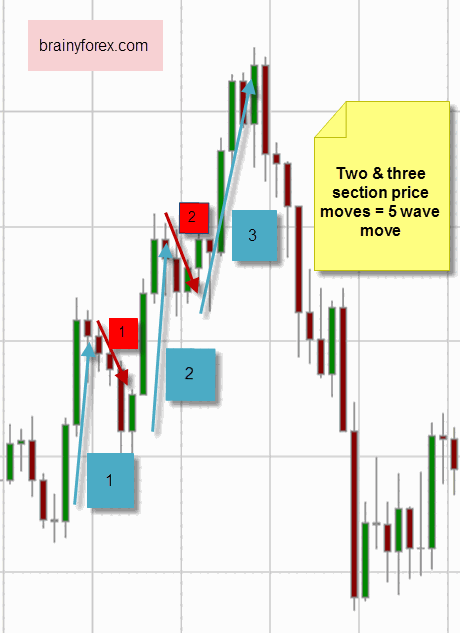 The above chart is the AUD/USD which clearly shows a three thrust move to the upside. (Blue arrows). If we take into account the pullbacks (shown in red) that separated the bullish upward move we have a perfect five wave price pattern. And notice what happen after it's completion ... price fell.


WD Gann suggested that when reading charts, speculators be aware of these TWO and THREE thrust movements that occur on a regular basis in the markets.

The chart below is the current daily EUR/USD as at 1 February 2011. As shown we see two bullish upward thrusts in the price. We can now consider the possibility that price 'may' retrace back towards former support area (shown by second red arrow and orange arrow) before making it's third upward thrust.


As we see a bullish candle as the last price move, we can also consider the possibility that price will continue to move up straight from here a little further AND THEN RETRACING BACK TOWARDS THE SUPPORT AREA which will then equate to a 50% pullback of the current bullish move. 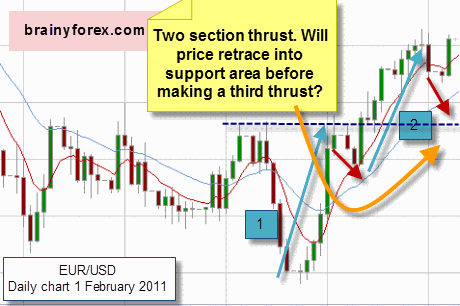