In WD Gann's writings on market behavior he said that markets continue to repeat themselves over and over again.


He said that this 'cycle pattern' was in line with the laws of nature whereby most things have a cycle or pattern.


These cycles occur on large time frame such as the ninety or sixty year cycle down to yearly or hourly time frames.


He mentions for example to be observant to the last digit of the year. For example the year ending with "9" would indicate a bullish year whereby stocks would move upwards during those time periods. So looking far into the future 2019 has a high probability of being a 'bullish year'.


Back testing WD Gann's theory on market cycles is very easy as we can see that the past ten year cycles have played out as follows since 1909;


For readers interested in exploring this method of forecasting to improve their market analysis technique a software program has been developed which enables users to quickly filter this type of information. For further information visit www.trademiner.com.

Or find out a little more about this software here at brainyforex by clicking here. 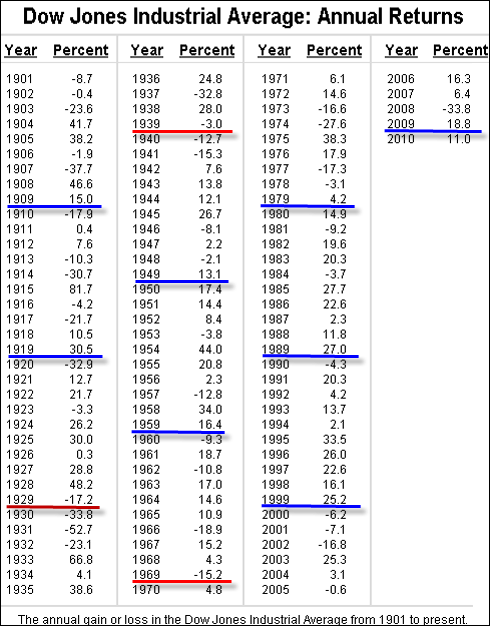 Data for this chart was kindly provided by Forecastchart.com